I baked a cake for Kurt because he brought home the bacon.

(Tom made me post this, he didn't make me create the hair way back when.) 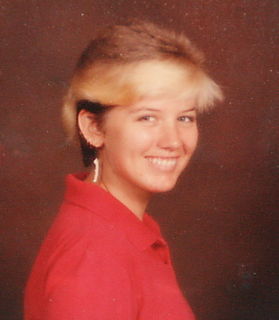 And Tom, it didn't go all the way around, just halfway.  All the way would have been ridiculous.
My mom called me a skunk, but really she couldn't complain too much as I was student body president, off to college and had great grades.
Thinking back on the 80's, I had to go get my Best of Oingo Boingo and listen to it in the rental car. Technically, I didn't know about Boingo until I got to LMU later that fall.

My hair stylist will be cranky with me but with heavy desire to return to all blonde and no budget, I went to the drug store and bought me a box-o-blonde.  I wussed out and didn't get straight up bleach, so I got a strawberry blonde result.  I'll give it two weeks to settle then go get the bleach. 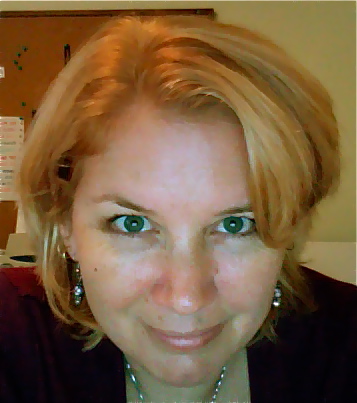 My eyes?  Well, they are sorta green but I tweaked the color in iphoto and blammo, super green eyes. 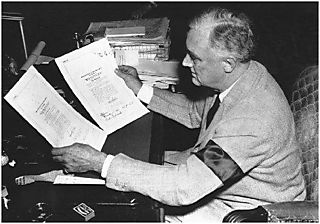 I wish our culture still had public mourning rituals. I like the idea of wearing a black arm band to signify that you are in mourning.  There is something about having that public symbol to let people know you are going through something very significant that I wish I could have now.  I don't know how it worked in the olden days, but it seems like it was kind of a shield, a way to let people know that you are going through something, even if you are carrying on with life at the grocery store or the dentist.  If I saw someone wearing a black armband, it would give me pause and send peace their way and also make me grateful for all that I do have. It might also help in those kinda awkward situations where you see an acquaintance you haven't seen in a while. They would immediately know that the sister you last spoke of who had cancer did not live.
Mourning rituals are really important and wearing an armband would be helpful.  Why did this custom go away?  I'm glad I don't have to wear only black for a year and never leave the house to do fun things, because while in mourning, the gods know you need some levity!  But now it seems as a culture we deal with death by pretending things are fine, putting on a brave face and getting over it. That's a load of crap. Why not wear our hearts on our sleeves a little bit?  It doesn't mean we (those of us in mourning) would go on and on with our sad story to anyone who will listen (that's not my style, anyway).  It would just be like having a sign that says, "handle with care" and let people know that some serious shit has gone down and you might need a little bit of space and time.
I would like that.
(President Roosevelt in December, 1941.)

Here is a picture of the large cocktail I had last night before going to see "The Wrecking Crew" at the Arclight.  After the day/summer/year I've had, I feel it was warranted.  Does drinking solve these problems?  Heck no, but one refreshing yummy vodka drink on a Friday night sure is nice. UPDATE AT 6:16PM:  Is it wrong to want to have one of these delivered right now?  Maybe I can start a new business -- cocktail delivery service.  Free shot if your car has recently been stolen.

Adding Even More Insults The Inuries

2008 S U C K S.
No two ways around it.
Kurt's car got stolen some time last night.  Gone.  Poof.
That leaves us with his mom's Buick.  Grateful to have any car now, but that is beside the point.
Going to check all our smoke alarms now.

Yes I am very cute! 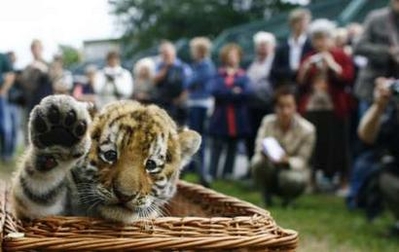 (Antares again.)
And cute is about all I can blog about right now.  I'm just going for huge infusions of cute.
Speaking of cute, I found a new website:  I Has A Hot Dog.  It's basically loldogs.  The cats will always be #1 for me, but these can be pretty funny/cute.  Por ejemplo: 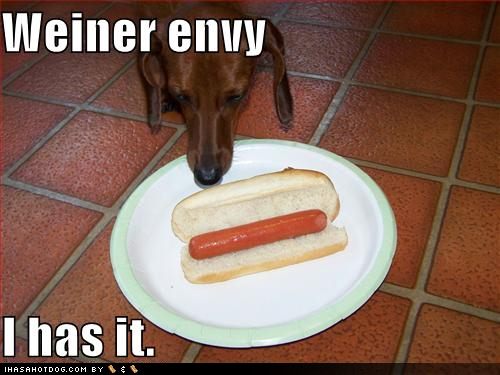 Just sucking up as much cute as I can to refill my uber low levels of joy.

The Hanged Man (Not Quite What It Sounds Like)

There is a tarot card called The Hanged Man.  See?  (Click for bigger) 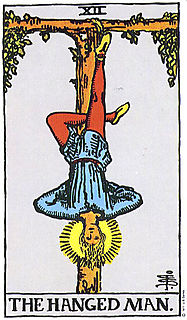 In general this card represents letting go, reversal, suspension and sacrifice. From the website Learning The Tarot:

The Hanged Man is one of the most mysterious cards in the tarot deck. It is simple, but complex. It attracts, but also disturbs. It contradicts itself in countless ways. The Hanged Man is unsettling because it symbolizes the action of paradox in our lives. A paradox is something that appears contradictory, and yet is true. The Hanged Man presents to us certain truths, but they are hidden in their opposites.
The main lesson of the Hanged Man is that we "control" by letting go - we "win" by surrendering. The figure on Card 12 has made the ultimate surrender - to die on the cross of his own travails - yet he shines with the glory of divine understanding. He has sacrificed himself, but he emerges the victor. The Hanged Man also tells us that we can "move forward" by standing still. By suspending time, we can have all the time in the world.
In readings, the Hanged Man reminds us that the best approach to a problem is not always the most obvious. When we most want to force our will on someone, that is when we should release. When we most want to have our own way, that is when we should sacrifice. When we most want to act, that is when we should wait. The irony is that by making these contradictory moves, we find what we are looking for.

This is what my life is these days.

I started reading Neatorama on a regular basis (and linked them over there on the right.) It is neat! Kind of like a less serious Boing Boing.
One thing I read about on the site is called "The Periodic Table of Videos" created by the University of Nottingham. Click into the site to see the trailer. Looks like a blast for science nerds and trivia junkies like myself.
And then baby tigers.  Just because they are super cute. 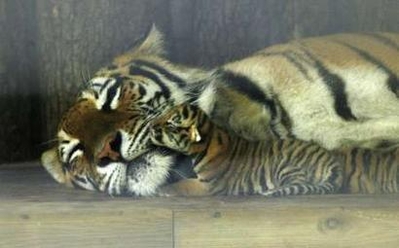 Super cute future man-eating predator!
(Again from the Hamm zoo, Reuters photo on Yahoo.)
Here's another one -- Antares the Siberian Tiger at the Berlin zoo.  He was born in June. 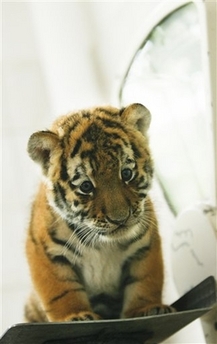