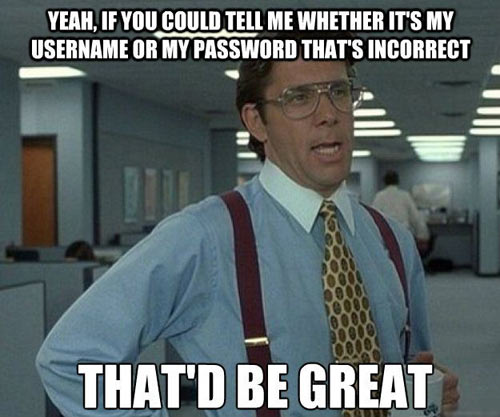 From my favorite time waster website: The Meta Picture.

In Which I Finally "Get" Pinterest (And Other Tales)

First I had a baby. Then I went back to work on a Major Motion Picture. My social media life was frozen in time as of December 2011. Facebook, yes. Twitter, yes. Instagram, a little bit, but not a lot, no time to pick filters and upload and blah blah-easier just to tweet a pic directly. Blogging, yes, did the photo a day for (just about) all of 2012. 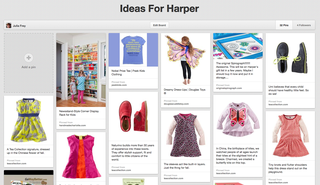 But the two things I never got going with were Pinterest and Kickstarter. To be honest, I didn't quite get Pinterest. Mainly because I never tried it or spent time on it. (Huh, that must be why I didn't understand it!) But lately I have been perusing it and realise it is the most awesome way to bookmark things for future. I have four boards: Ideas for Harper; House and Home; General Inspiration; The World! Each are self-explanatory. I love having a place to put ("pin") stuff for Harper especially. SO MANY CUTE THINGS for the future! I also love the visual/graphic nature of it. Just about any page you go to anywhere has a cool, cohesive look as most people group things. You could have a lot of fun with color by making a "red" page or an "orange" page, etc. Or even similar shapes or objects. If I had the time, I might do some of that, but gads, so many other things to do! (I already stepped away from FB for a while so I could stay focused on things I actually want to accomplish!)

Speaking of accomplishing things, Kickstarter is something I've jumped into a little bit lately. I have pledged to two projects already: "Be Natural: the untold story of Alice Guy-Blache" and "Save the Rogers City Theater". Both are film related, both things that spoke to me. Be Natural is a project to produce a documentary about the first woman film director/studio chief. The project has already reached their goal and beyond and I can't wait to see the film. (But if you want to donate more, they can definitely use the money to find and preserve more of Alice's films.) The Rogers City Theater is an old style movie house in Michigan. They need $100,000 to convert from film to digital projection, otherwise they can't show first run movies anymore and would probably go out of business. A friend is related to the owners and pointed this out to me. I LOVE old movie houses and so I pledged to keep those lights on! They are 3/4 of the way to their goal (yay!) with 21 days to go and they should make it. Maybe you want to pledge a few bucks yourself?

I love the idea of this group fund raising to get smaller projects off the ground. You can pledge as little ($1!) or as much as you like. You are not investing, you are donating to help a project along. And if they don't make their goal? They don't get any of the money. So word of mouth and social media is key for Kickstarter. Go to the site, find a project that speaks to you, chuck in a few bucks, help someone reach their goal.

And hey, if you feel that is too self-serving for people to ask for free money to do their own project, you can also loan your money to someone on KIVA. I've been lending money there for six years now. I put in $175 spread around to a few loans, and have always gotten the money back and then have reloaned it over and over. I have made 30 loans so far and plan on keeping that money revolving around the world.

I'm just getting stoked on the internet again. It's a fun place!

Weigh In Wednesday -- TOO HOT! Edition Man it's hot. As they say, it's not the heat, it's the humidity. Melting.

But speaking of melting - those pounds are just melting away! Got on the scale today and it said 185. Good news indeed. And yesterday wasn't even a fast day, which made me even happier.

I am amazed that on my regular days, I just don't want to eat as much. I feel fuller much quicker and am less interested. I'm looking forward to this continuing trend.