The Park Pick Up Scene 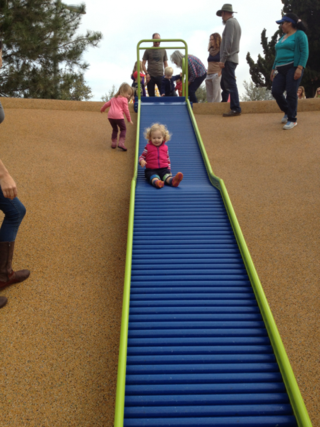 I realized the other day while exploring the AWESOME new Tongva Park in Santa Monica that going to a park alone with your child is kind of like when you were single and went to bars. Honestly, you end up standing near other moms on their own with their kids and the opening lines are basically, "Hi, cute kid. Come here often?" I have yet to get as far as giving someone my number to meet up again, but there have been a few moms that I regret not following up with. Depending on the park, though, your kids kind of dictate where they want to go and what they want to play on (within reason, I'm not a pushover, come on!) and so you find yourself drifting apart from the cool mom with the awesome boots and the sweet smile. See those boots there on the left? That's her. Plus, I want those boots!

Oh and Harper loved the slide. 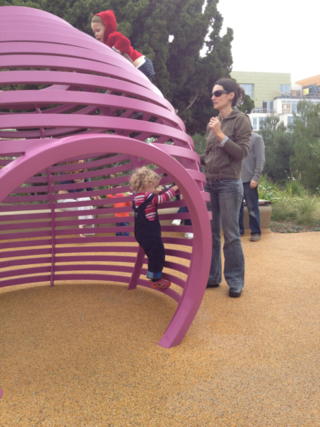 Some of the moms, like the hot guys at the bars, are intimidating. See the boy climbing on the outside of the cool pink beehive thingy? That's his mom below him. They were...foreign. I'm normally really good at identifying languages but couldn't hear her well enough. Anyway, she was thin and fit and young (well, most moms with toddlers are young compared to me!) and her son was a climbing fool! At one point he was up high on the bigger yellow beehive thingy (see below) and she was up with him trying to get him down. We were laughing, she was saying, "Wow, he's really up high for a small boy!" And I said, "He's even up high for me! But he'll climb mountains some day." She said "Well, we are climbers ourselves."

Of course you are, hot foreign mom!

Harper had a great time and we only saw about a third of the park. I look forward to going back very soon. Check it out -- it's just across from City Hall in Santa Monica. It will be the perfect place to take the Expo line to when the train is running! 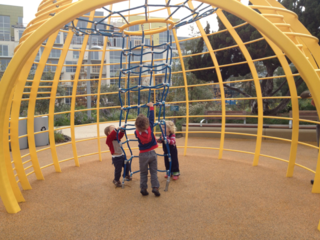 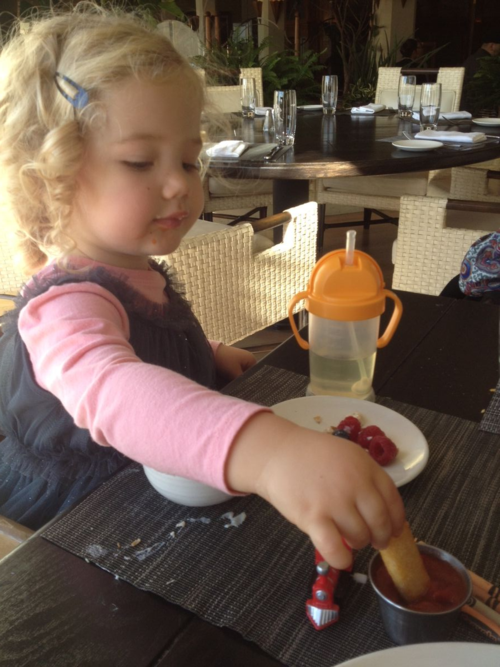 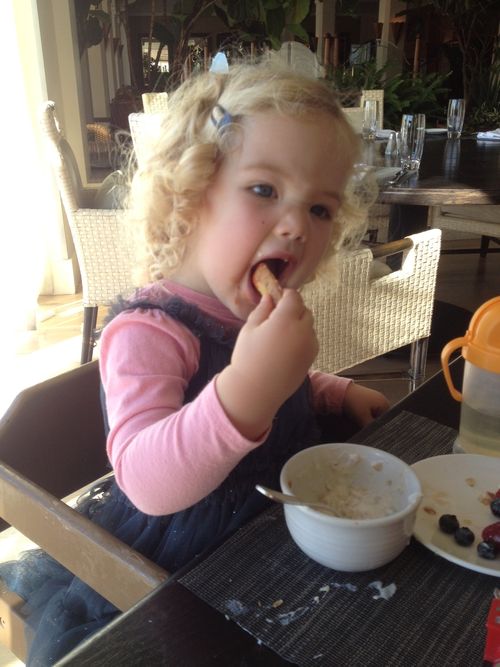