As mentioned in my two previous posts, I spent a chunk of time in Mexico City working on a movie. There is a volcano just outside Mexico City called Popocatepetl and we would see and work hard to remember how to pronounce it. When we drove to Puebla, we saw both Popocatepetl and Iztaccihuatl along the way. Iztaccihuatl always makes me giggle because Paddy and I referred to it as "It's a sea wattle" so that we would remember how to say it close to correctly. 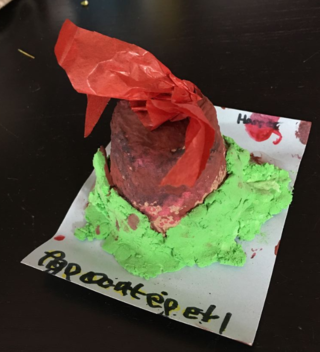 The wacky connection is that in Harper's preschool they learn about other countries and a recent one was Mexico. The craft for one of those lessons was to build a volcano and what a lovely surprise that she built Popocatepetl!

It made me happy. 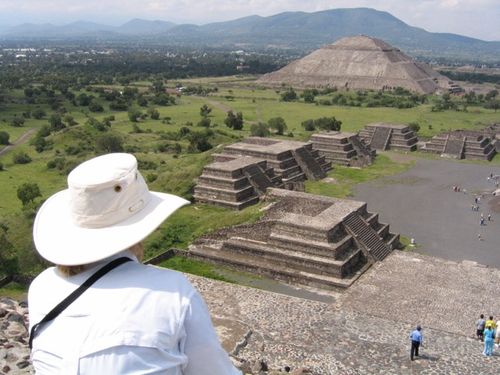 The first half of 2006 had been a fun year, jetting to Paris and up and down North America. And by the way, if you ever get the chance to hang in the Air Canada Maple Leaf Lounge in Montreal, take it! We got to relax in the business class lounges for all of our travels because in 2005 I was supposed to have worked on a long term project in Virginia. I would have been flying twice a month from LA to Richmond for about eight months so my work partner and I decided to spend the money on a United Red Carpet club membership. Then that job got cancelled but I still had the membership. Silver lining? I suppose. I would have liked to have worked on that job.

So July. The job in Mexico had gotten into a smooth rhythm. We had some adventures on our weekends. Then I got a call that my dad had taken a serious downturn and would probably die in the next 48 hours. And he did. My dad had been in a nursing home facility for years as he had alzheimer's. He also had heart issues and was 83 when he died, so it wasn't entirely unexpected, though a death is always a shock, even when you know it's coming. 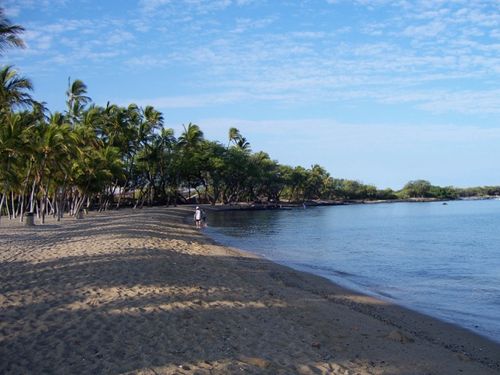 The team in Mexico was supportive and helpful, of course. At the end of July, I flew back to LA for a night, then Kurt and I flew to the Big Island for a week, helping with the funeral plans and reminiscing. We stayed at the hotel at Anaeho'omalu Beach, which was perfect. It is the beach I know so well on the Big Island, have known it since I was so little, where we used to go before there was a hotel. Also, let's be honest, so happy to be in air conditioning. Waikoloa is H O T in August.

It was a fascinating time, learning more about my dad, hearing others talk about him, people who knew him in a totally different way than I did. We all told stories and looked through old pictures all while playing the Keola and Kapono records, shouting out the words to Mr. Sun Cho Lee. (He got plenty lychee!) 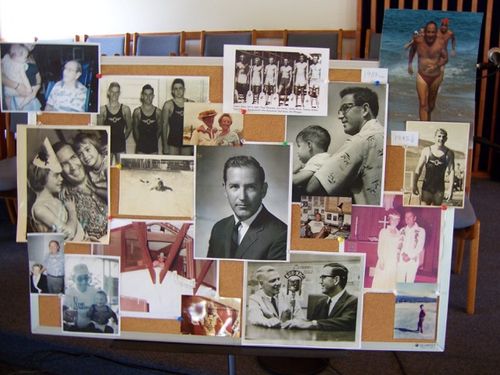 It was also surreal to be with my sisters and stepmom and nieces and nephew in dad's house, all there without dad. All the emotions were heightened, of course, the grief hitting us all in different ways. There were tears and laughter and plenty of shouting and hurt feelings, all the usual family stuff. At one point Dor turned to me and said, "How can you be so calm?" I just shrugged and said, "That's what I do. That's what I've always done." Then added, "Hand me another beer..."

There's my dad. The Don Draper of Honolulu. (Who later moved to the Big Island.)

The day after the funeral, we scattered his ashes from canoes at Anaeho'omalu Bay. The water was calm and the experience quite new for me on a variety of levels.

Then a big aloha to Hawai'i and back to Mexico for me. I was really glad to have two overnights in LA on each side of that trip. Nice to sleep in my own bed and pet the cats.

There were three more weeks of the shoot in Mexico and I enjoyed the hell out of them. We went to Puebla for a few days as well as Cuernavaca. We had various locations that were a refreshing break from the sets at the abandoned quarry/mall. A friend from LA came down to hang out for a long weekend and we timed it for the two day weekend that had been scheduled (we were working half days on Saturdays). It was so nice to be a tourist with a good friend. 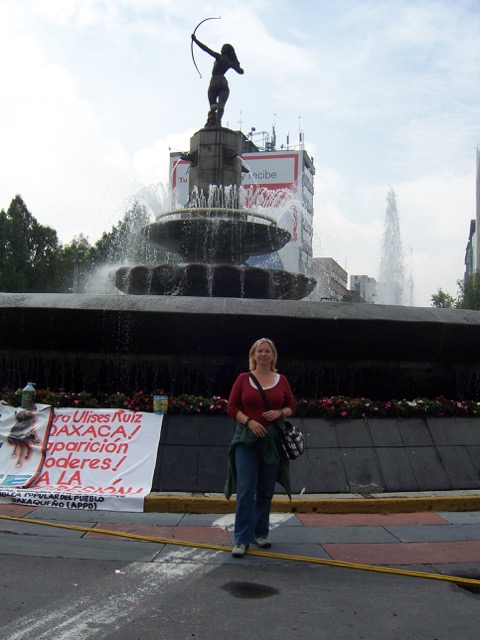 A giddiness started creeping into the crew as we got near the end. We were all still working hard, but laughing more and taking more pictures of each other. The crew went out one night for drinks and music and that was our non official wrap party and it was a blast. Then the real wrap party came and it was nice, but not as much fun. On the last day of shooting, when the first AD called "That's a wrap!" I, of course, burst into tears. What a long crazy summer it had been.

Home. But not for long. At the end of September I'd be off to London to work with the VFX team for a few weeks, handing over the information from the shoot to the new producer. But before that, we were invited to a friend's beach house in Santa Barbara for Labor Day weekend. A wonderful few days of good friends and sitting on the beach and looking at the ocean. Soothing.

London. I got good at figuring out the bus schedule (cheaper/easier than the tube) and my little neighborhood in Clerkenwell where I stayed in the Zetter Hotel. Quite hipster cool at the time and so expensive that when my work was done and Kurt and I were staying a few days more, we found a cheap and therefore TINY room elsewhere. We played tourist, my favorite day being the one at Hampton Court Palace. (I love a good audio tour!) 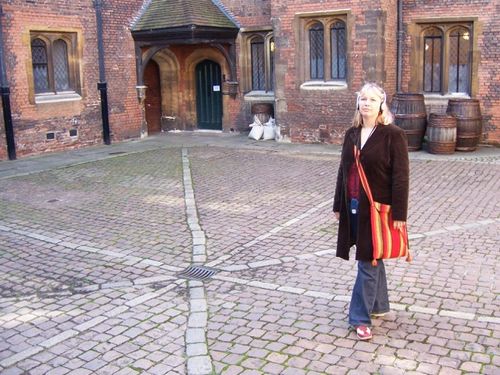 Then for fun and also because you can, we took the train to Paris for three days where again, our friends were staying in their apartment and we spent a lot of good time with them.

Paris twice in one year? Man, that is a good year.

Home at the end of October. I was exhausted and charged with emotion and restlessness since I had been moving practically non stop since April.

There was one more trip and that was to Maui in early December with Kurt's family. They had never been so we enjoyed many touristy things, trips to Hana, up to Haleakala, ziplining, snorkeling, big hotel Luau, the whole nine yards.

Then home. HOME. A quiet Christmas on our own here in LA. Just us and the cats.

2006 was a roller coaster and I loved it all. I know that sounds strange since my dad died in the middle of it, but loving it all is just embracing all that life throws at you - the good, the bad, the easy, the tough - everything. I'm proud of that year. I doubt I'll have another quite like it. But I hope I do.