Last year I literally had my hands full with a new baby so putting in a garden was not so high on my priority list. But this year, couldn't wait to be done with the job and get planting! Harper and I planted yesterday and our bounty is soon to come: tomatoes (3 types), romaine lettuce and basil. I also planted sunflower seeds along the wall there (the 2 foot tall variety). Can't wait to eat lots of ceasar and caprese salads! Today was my last day of work!!! But Harper started the housecleaning without me last week. 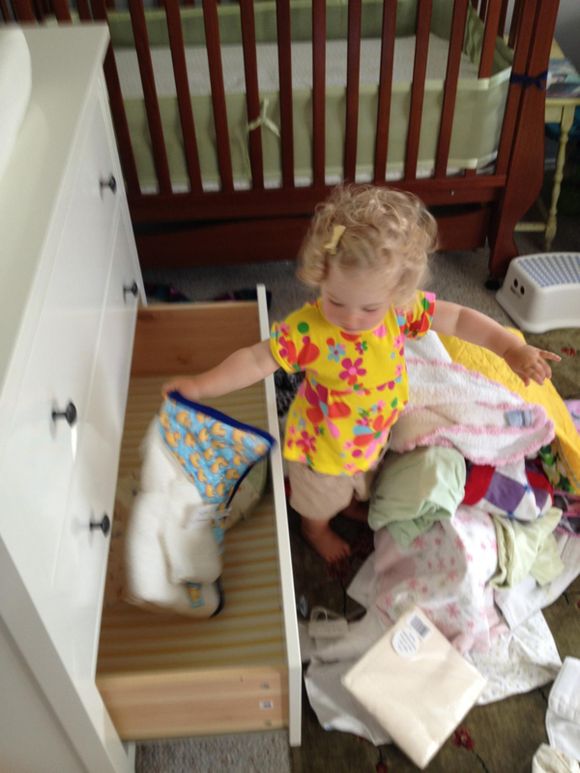 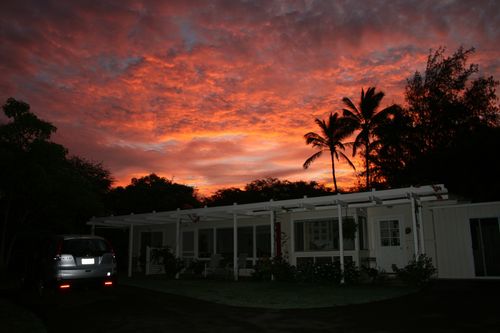 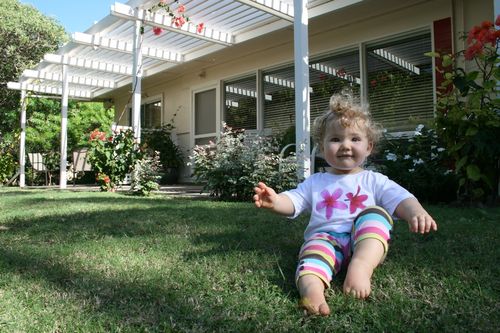 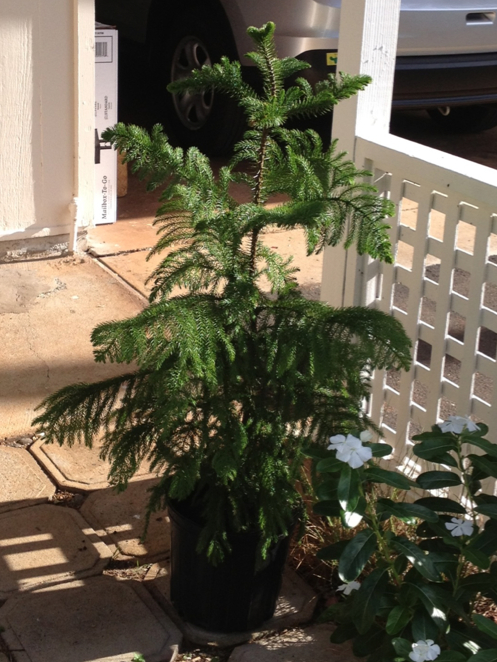 Got the tree trimmed! 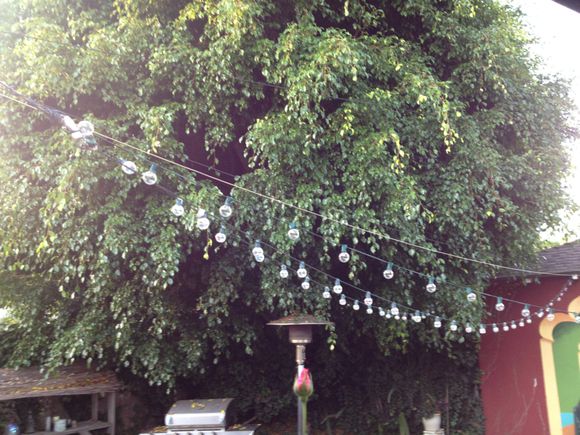 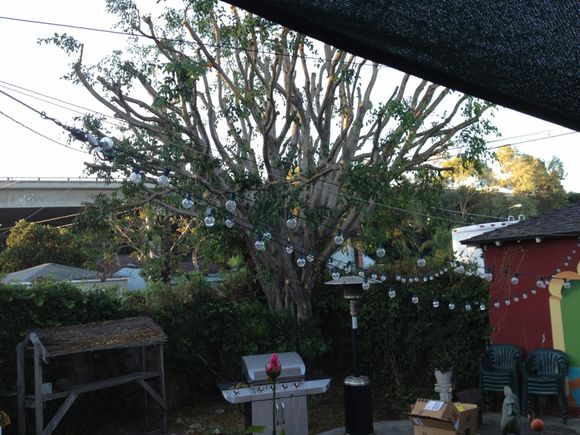 Laundry. We folded it. 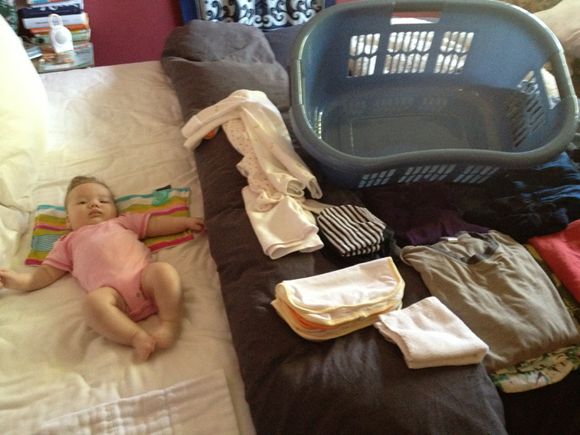 Nice to live in LA where you can take a walk in 75 degree weather in the middle of February. 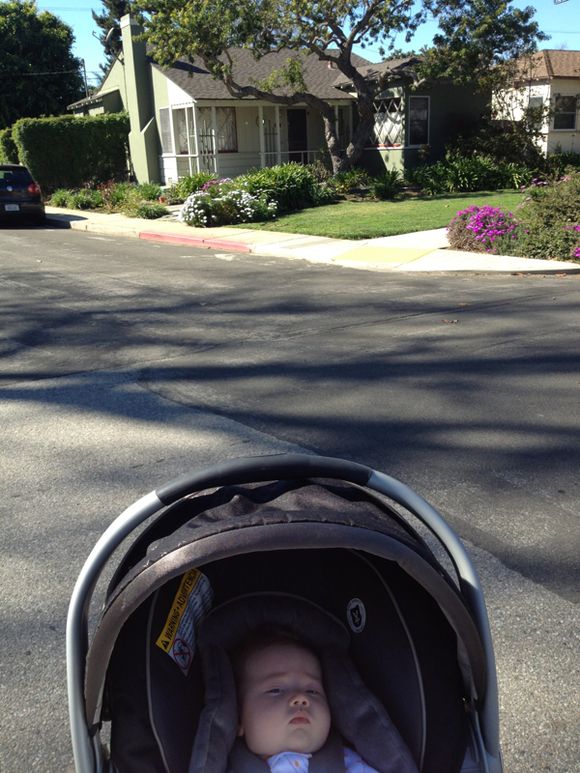 We got a lovely crib thanks to Jenny and Brian and Ben! Now we are shopping for mobiles and deciding what should go on the wall. I'm thinking the baby Hawaiian quilt we got... 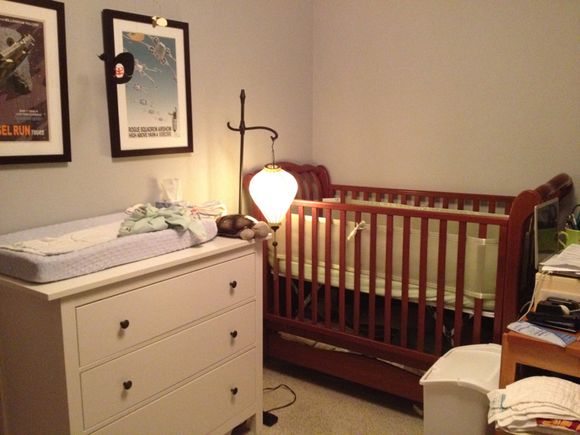 I've already bought maternity clothes, so I've made room there. But my office, which will eventually become a combo office/nursing/changing station, needed work. So I cleaned out a bunch of drawers and Kurt did a lot of heavy lifting and my office is now almost ready to to become something new.

Here it was before: 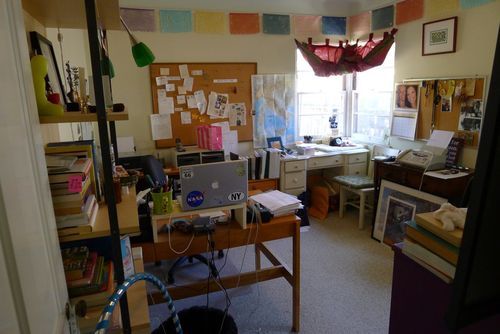 So full of stuff! Mostly bits of leftover furniture.

Now here it is after: 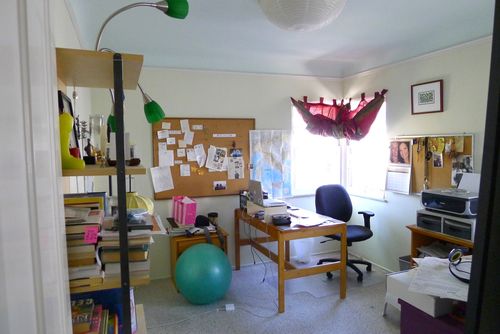 There is still much to be done. The bookshelf in the front left foreground needs work. I'm going to go through and pull books out that need to move on to other homes and then decide where this shelf will go. Can I make room for it in here or will it live someplace else? The two bulletin boards will be consolidated into one behind my desk. The map of Italy will remain where it is so I can gaze upon it daily and plan future trips. Our awesome Star Wars Art (click here and here to see what we bought for the room) needs to be framed and hung plus we need to decide on wall colors for the room, more general tidying, etc etc.

Anyway, the idea is that there will be a chair and small table and lamp in the far left corner. Then a changing table along the left wall. Baby will sleep in a basinet in our room at first. So a year from now I will have had to figure out where my office will go as we move wee one into her own room. We aren't buying furniture for a while yet so I have months of wide open space to play with.

The nice thing about Kurt and I is that we agree so well on what we want the baby room to look like. We don't want it to look so much like a baby room. We are looking at sleek modern colors and designs that match the art. As with our wedding, our style is "not fussy".

So much more to come!