"Betty Draper" Cracks Me Up

Do you watch Mad Men?

Did you watch or at least hear about the presidential debate last night?

Then this might make you chuckle as it did me. 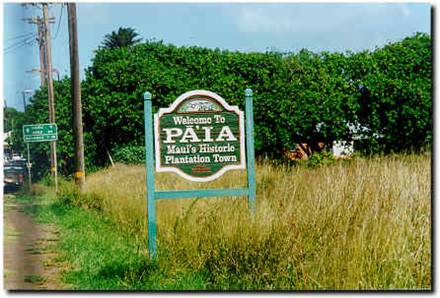 Here is a report on the democratic process from our far flung reporter Jane in Paia where they had their caucus on Tuesday. (Some of you may know her as my mother):

Democratic caucus day in Hawaii!! Hoo boy just like the rest of the country!! Except in many cases – ours particularly – it meant “Huh? What is dat?” Also, “No need go, somebody else can do it.”

But patriotism won out and in true kuaaina* fashion, we all piled into the car and holoholoed** to the Paia Community Center to find out “what is caucus?” The caucus window of opportunity was from 6 to 7 pm and we arrived promptly at 6.

First of all, there were two tables jammed in behind the plants in front of the Community Center. No signage whatsoever, one ukulele playing, long haired, ancient Hawaiian man insisting that we had to register to vote in order to participate in the CARCASS! I swear to God that's what he called it...over and over again. Carcass.

I said I was already registered and he, strum strum, said never mind I had to register again strum strum. So I filled out the registration form reluctantly as I knew I really didn’t need to do this. He took my form and with a great flourish initialed it, taking full credit for registering an already registered voter. Hmm.

I went to the next table where there was the Democratic Party registration going on and asked if I really needed to reregister to vote in order to join the party. No, of course I didn't. So I filled out their blue card and then somehow was directed inside to some glassy eyed overwhelmed woman with a laptop who was collecting the blue cards. She looked on her laptop to see if I was registered to vote. Of course I was, have been since I was 21.

I spotted the very, very handsome Lance Holter, chairman of the Democratic party on Maui, and I went over and said - Hey Lance since when do I have to reregister to vote in order to join the Democratic party? He said You don't. I said Well, you better tell that guy out there, strum strum, as he is making everyone do it. Lance flew out the door and shortly the strumming continued but reregistration stopped. I went outside and fished out my registration paper and tore it up as I didn’t want to wind up be unregistered by some quirky twist of fate.

Then we had to sign another form (attendance) and then sit and wait for half an hour before Lance began calling out names to come up and get little tiny pieces of paper with the candidates names on them, check off our choices and hand it in to another beleaguered volunteer.

My name was near the end of the list - random name calling - and I said Whooie Lance, my hair has turned grey waiting for my ballot.

Meanwhile, the room was clearing out and if anyone wanted to stay for the nuts and bolts of the meeting - choosing delegates to the state convention and such - they could stay. Everyone was running as fast as they could towards the exit – us included.

So now we know what a Demorcatic Carcass is. Pandemonium. And in truth it was fun to see a myriad of friends - from ancient Mrs. Horiuchi of the very last Mom and Pop store in Paia (now Cafe Mambo) to many, many newcomers and several old friends - lots of friends.

And to witness democracy in action in Paia.

For you haoles (okay okay, I'm kind of a hoale too and had to look up the first one):
*Kuaaina = back country
**Holoholoed = went
(eh, mom, what is the difference between holoholo-ing and hele-ing? Maybe Besty knows...)

(I can hear the pidgin in my head and it just is cracking me up!)